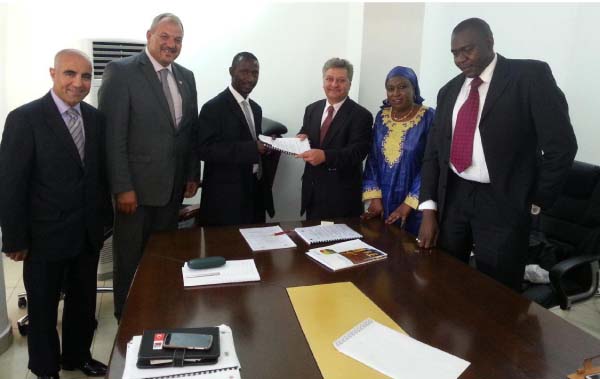 Gambian officials and representatives of the private sector in Turkey this week signed a US$15 million solar energy project agreement, according to a press release from Turkey’s embassy in Banjul.

The signing ceremony was attended by Dr. Edward Saja Sanneh the deputy minister of Energy, Ms. Ada Gaye the permanent secretary at the ministry of Energy, Ebrima Sanyang the managing director of NAWEC, Turkey’s ambassador to The Gambia, Ergin Soner, and representatives of the Turkish private sector.

This development will benefit the country in terms of being a technology transfer initiative, as well as being an environmentally-friendly project.

It is also important, considering that The Gambia, which is known as the Smiling Coast of Africa, is a highly-rated tourist destination, and needs a well-protected environment for reasons of health, as well as to maintain an attractive tourism industry, the release further stated.

“With this project, the average cost of electricity in The Gambia will decline from approximately 28 euro cent to 13 euro cent, and at a later stage even to 10. And there would be constant power supply,” the release asserted.