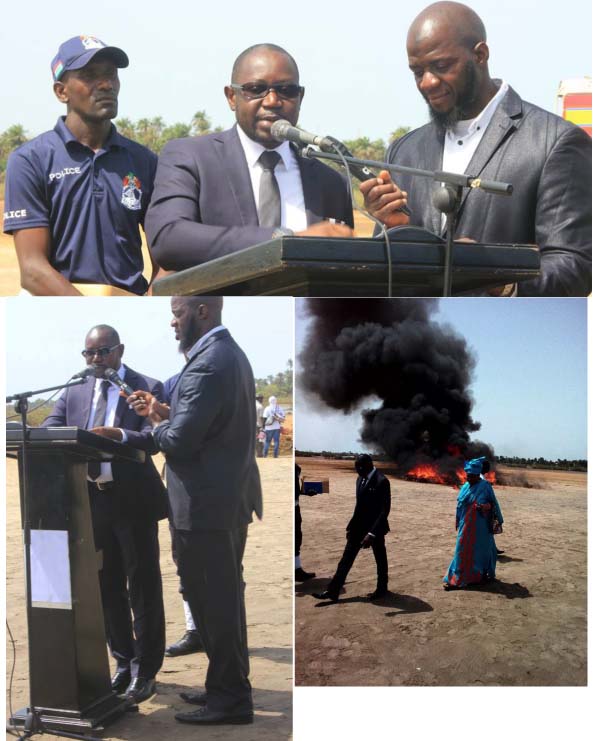 Interior Minister Mai Ahmad Fatty said on Wednesday the government will ramp up efforts to stamp out the menace of illicit drugs in the country – as he presided over the torching of about 2 tons of marijuana worth 8 million dalasis.

The Gambia government through the Drug Law Enforcement Agency under the Ministry of the Interior burnt 1 ton 940 kilograms 500 grams of cannabis sativa at an incineration exercise held at Cape Point, Bakau.

And Minister Fatty in his address at the ceremony said:“The Gambia under the new dispensation cannot and will not be a safe haven for drug traffickers and abusers.”

Adding: “The crusade against drugs is an ongoing effort that shall remain relentless. The future of this country will not be mortgaged by drug dealers, drug peddlers and their patrons - andtoday we have demonstrated again our collective commitment to protect our future.”

Fatty describedthe ceremony as a milestone in the fight against the concerning issue of drugs while urging everyone to cooperate to check the menace.

He said: “Again, the Drug Law Enforcement Agency has demonstrated to all Gambians and indeed the international community that the crusade against drugs is an ongoing effort that shall remain relentless - and that they shall not be daunted by challenges.”

And he continued: “Combating drugs is one of the most difficult jobs one can embark upon in modern times. While the number of drug users and traffickers is on the increase, the methods of concealment are also getting more and more sophisticated.

“I want to put on notice those drug dealers and peddlers either local or international that we are on your tail. We are going to utilise the best intelligence, increase the capacity of our intelligence gathering mechanisms at the level of the police supported by comprehensive policy directives together with the DLEAG, SIS, Armed Forces and associate institutions to make sure - over a period of time - drugs will no longer constitute a menace to The Gambia.”

Earlier, the director-general of the Drug Law Enforcement Agency said the fight against drugs was complex and challenging.

He said the war against drugs was worth fighting and the destruction exercise was a key activity on the agenda of the Drug Law Enforcement Agency. 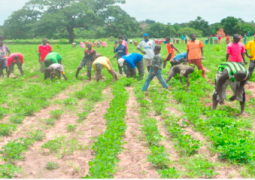