Gambia to Shine in VIP party in Stockholm 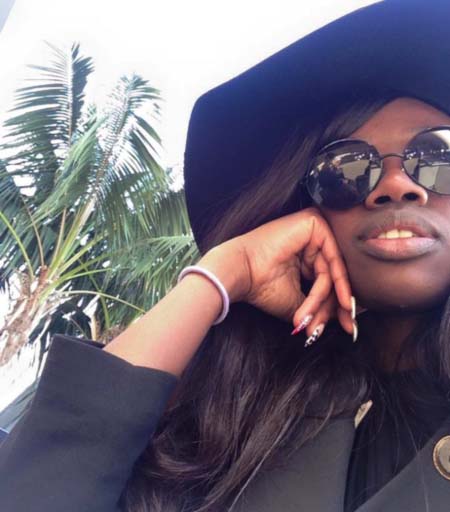 Stockholm-based mother of three and designer, Isatou Jones, will this weekend celebrate Mothers Day among some of the world’s hottest celebrities that will be invited to her newfound friend, Marc Mani´s luxury mansion, where they will host a magnificent fashion show and pool party.

“We are happy to finally be able to reveal that we will be organizing a VIP party in the famous and exclusive Beverly Hills, Los Angeles, the home of superstars like Jennifer Aniston, Michael Jackson, among others.”

Dr Marc Mani is one of the world’s primary plastic surgeons. He is the founder of exclusive clinics both in Los Angeles and Dubai. He has been known for treating one of the Swedish hollywood wives earlier with botox seen on Swedish TV3, and is now dating the famous actress Heather Locklear, since a few years back. Heather is known from series like Melrose Place and Spin City.

Marc Mani will also participate as a model in the fashion show in order to support the Swedish designers’ establishment in Los Angeles. Marc Mani says himself: “It’s going to be a really great time and, of course, I will do what I can to help her. My house is made for festivities and film, and I am really looking forward to an awesome party with the whole gang!”

Guests attending the event range from famous Swedish and American names to emerging bloggers and press.

The event will also offer as much Swedish spirit as you can possibly find in LA.

The new PR-firm SteppinStone PR will be launched in conjunction with the event and the American agent, Neela Kay Luxury Event, are the producers of this event and will be serving Swedish meatballs and candy from Gottegrisar.com.

The arriving guests will be photographed in front of a custom-designed Swedish flag.

There will be mostly Swedish models combined with a famous American celebrity-host, Stacy Ike with the Swedish host, ThobiasThorwid, who can be heard as a host on Swedish radio stations like NRJ, The Voice and he was also participating in the Swedish version of ”Paradise Hotel”.

The event is expected to be covered by press from all over the world, and the designer herself says she is nervous, but ready to show what she can do.

She is very grateful for all the help she has received and is very happy to be able to prove that even a girl from the suburb Tensta, Stockholm, can achieve a dream come true in LA!

The designer is missing her beloved children and husband, and wishes dearly that they could be here to share this crazy journey with her, but she knows that her family, friends and colleagues wish her all the best and are waiting anxiously for updates on her social media.

Isatou, born in 1985 grew up in Örebro, but moved to Stockholm 15 years later when her mother got a job in the capital city in Sweden. She was raised by her mother along with 4 siblings. Unfortunately, her father was murdered when Isatou was still in high school.

She is married and has 3 children of which the oldest has special needs. Isatou wants everyone to know that everything is possible as long as you are prepared to work hard to achieve it.

She is currently in Los Angeles, where she is preparing for her own event but also a major fashion week named Facet Fashion Week, where Isatou will be showingher own design on Friday in an exclusive penthouse on Hollywood Boulevard.

We wish Isatou and her team all the best, and we hope to see great support from the international media! Both Isatou Jones and Marc Mani are available for interviews and can be reach through press@lenoir.se