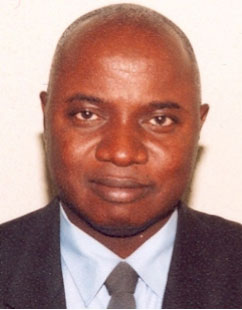 A three-day retreat for ECOWAS Council of the Wise ended on 2 July 2011 at the Sheraton Hotel in Brufut.

The retreat was held to consolidate the ECOWAS preventive diplomacy efforts in the region.

In his welcoming remarks, H.E. Babou Ousman Jobe, The Gambia member of the Council of the Wise, welcomed the participants to the of .

The has always demonstrated its commitment to the cause of African unity and has played an important role in the evolution of ECOWAS, particularly within the spheres of preventive diplomacy, regional integration, peace, and security, Mr Jobe says.

The outcome of the retreat is expected to enhance the linkage and collaboration between ECOWAS states and further strengthen the interest of peace and unity in the region, the Gambian regional statesman said.

In his keynote address, the Minister of Trade, Regional Integration and Employment, Hon. Abdou Kolley, thanked the ECOWAS Commission and members of the Council of the Wise for accepting to hold their retreat in The Gambia.

“The promotion and maintenance of peace and security is paramount to the development aspiration of any nation,” he noted.

Hon. Kolley says that without peace and security it will be difficult to make any meaningful progress.

“It is for this reason that the Government of The Gambia has embarked on continuous consultation with relevant stakeholders including council of elders, faith leaders and others towards the sustenance of the peace and security that the country is known for,” he said.

Hon. Kolley also paid tribute to the Gambian leader for his continued support towards the maintenance of peace and security in the country and for his contribution to peace building in the ECOWAS sub-region and beyond.

“I am convinced that the retreat will contribute to strengthening the capacities of the Wise within the context of current and emerging conflict dynamics in the ECOWAS sub-region,” the regional integration minister remarked.

According to him, the topics of the retreat, including the deliberation on the role of the council in conflict prevention or consolidating democratic governance and the review of the draft wise statute, will help to clarify the ways in which the council can be more active in the effective execution of its mandate on preventive diplomacy.

In his statement on behalf of the president of ECOWAS Commission, Director of Political Affairs Brigadier General Mahamane Toure said: “Article 20 of the protocol relating to the mechanism for conflict prevention, management, peacekeeping and security of 1999, as you may recall, established the Council of the Wise as part of our innovative [strategy] of tackling the problems of conflicts and the promotion of good governance in our region through the method of preventive diplomacy.”

To be able to pre-empt the outbreak of conflicts and mitigate them where they occur, the Council of the Wise was initiated as one of the logical responses to this effect, he noted.

The retreat took place at a critical period of the development in the region when many countries like Guinea, Nigeria and  Cote d’ Ivoire were experiencing post-election crises.