Gambia to Host Forum on Softball in April

24 African countries are expected in for a two-day forum on the future of Softball in the continent.

Beatrice Allen, President of The Gambia National Softball Association, during a sensitisation seminar on the basics of the game held last Saturday, informed journalists that The Gambia is the first West African country to introduce and establish an organisation meant to run the affairs of Softball in the country.

"Despite being a young organisation, we have been given the opportunity to host the first ever forum on Softball on West African soil," she pointed out.

George Gomez, Executive Director of The Gambia National Olympic Committee who is also adviser to the new body, pointed out that the GNOC is excited at the introduction of the game in the country, adding that 16 African countries actively play Softball.

After its birth in the United States, Softball grew into an international sport now played by millions in more than 100 countries,

Softball Association of . It is a sport played at World Championship and Olympics games. 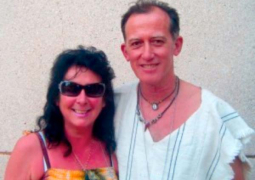