The police have confirmed reports that a 14-year-old boy, Salifu Jobe, was allegedly murdered on Monday at the Kotu Quarry.

According to the police public relations officer, Assistant Superintendent Yerro Mballow, one Sira Jammeh, the suspect, had a problem with the mother of the deceased person on Sunday 24th April 2011.

Mballow told The Point that on Monday 25th April 2011, the deceased and another boy went to the suspect’s compound to ask about the problem with his mother, which ended in a fight.

“At that point in time, the deceased, Salifu Jobe, was having stick in his possession and the suspect Sira Jammeh ran into one of the rooms and brought a knife,” he said, adding that the deceased also ran out and took a cutlass from the boy he was moving with to fetch palm tree.

ASP Mballow stated that during the fight, Sira Jammeh allegedly stabbed the deceased on his chest and he fell. Salifu Jobe was rushed to the Royal Victoria Teaching Hospital (RVTH), where he was later pronounced dead.

ASP Mballow said the suspect has since been arrested, and is now helping the police in their investigation.

Meanwhile, PRO Mballow has warned all residents and the compound owners to help in preventing violence in their community.

“We need the intervention of the local communities, who would be there in the absence of the police to report such cases to the nearest police station,” he appealed. 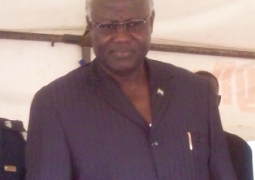