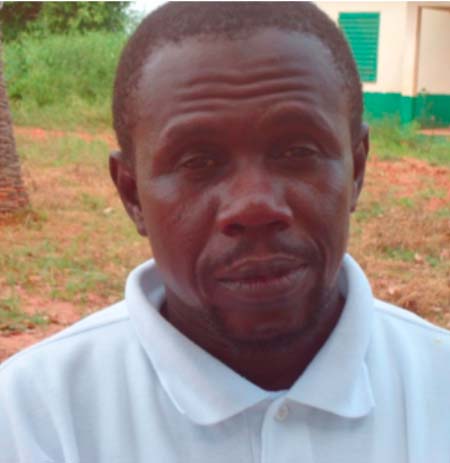 The Deputy Minister of Agriculture, Ousman Jammeh, has said his ministry would not compromise on work ethics and principles, as people must work for the development of the country.

He expressed his dissatisfaction with the management of the Wellingara Horticulture Model Centre, on the way and manner the centre was being managed.

The deputy Agric. minister, who was speaking on Wednesday during the last day of his countrywide tour, said what he had seen in the centre was “not encouraging” at all, and challenged the management of the centre to redouble their efforts at ensuring the centre is seriously taken care of.

He threatened to change the management staff of the centre and move them to other locations in the regions, adding that compromise is intolerable as people must work for the development of the country.

He also said he would not hesitate to change anyone from his or her posting and take them to other areas, so as to attain better service delivery.

Deputy Minister Jammeh advised the regional agriculture directors not to allow any extension workers to stay at a wrong post, saying they must report at work regularly.

Any extension worker found wanting, he cautioned, a warning letter would be issued to the regional director of that particular region, to be followed by punitive action.

“We expect the extension workers to be at their posting and work with the communities, and give them the technical advice for better agricultural production and productivity,” the deputy minister said.

He urged the regional directors and their staff to redouble their effort in the development of agriculture in the country.

He praised FASDEP for providing twenty-nine motorbikes to the planning services units to strengthen the information data collection system at the field level.

He, however, cautioned the planning services units that he would not want to see the motorbikes loitering within the Greater Banjul Area.

He advised them to be more committed to their work, as the nation is working towards Vision 2016, which, he added, is here to stay.