The Chief Justice of the , Justice Emmanuel Akimoge Agim, has said that for any law to be effective, people must know about it.

Speaking at a one-day validation workshop on the compendium of all rules of Shariah personal laws on divorce, marriage and inheritance application in The Gambia, Chief Justice Agim said for knowledge to be useful, it must be available to the wider population.

While stating that the judiciary of The Gambia is committed to widen access to justice to all Gambians, Agim said one of the requirements of an effective judicial system is law that is known to the majority of people.

“We are talking about access to justice. The government in its legal sector strategic plan emphasized that its objective is to ensure wider access to justice for Gambians, in particular taking it to the doorstep of every person in the regions,” he said.

According to Justice Agim, the majority of the Gambians are Muslims, and these people believe in Sharia personal law as the law that applies to them in the most sensitive part of their life.

He told cadis that any law that deals with the family is a very fundamental law.

“The judiciary has over the years been committed to pursuing the government’s objective on wider access to justice, and that is why we have embarked on vigorous and judicious programs reviving almost all including the cadis system,” he said, adding that so much has been done to put that in place.

“The compendium is not a new law; we are not making any new law here. We are not making Sharia law, we all know that Sharia law is divine law. It is not made by man; they exist by the virtue of divine ordinance,” Agim further stated.

Marie Saine Firdaus, the lead consultant for the project, speaking on the occasion, underscored the importance of the workshop, noting that The Gambia has a dual system, “meaning we have the conventional law, and limited application of Sharia to the Muslims”.

Speaking earlier, Mama Fatima Singateh, a high court judge and the UNDP- Judiciary project coordinator, urged participants to do justice to the document, and to contribute constructively to the review of the said compendium.

She commended the consultant for a job-well-done, while thanking the UNDP for supporting the judiciary over the years, which she believes has contributed to the advancement of the Judiciary.

Other speakers at the ceremony were Hon. Justice Abdoullahi Usman of the Sharia High Court Judge from the Federal Republic of Nigeria, and Cadi Alhagi Ousman Jah, the co-consultant. John Belford, the Judicial Secretary, moderated the ceremony. 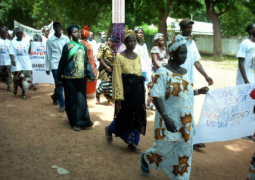 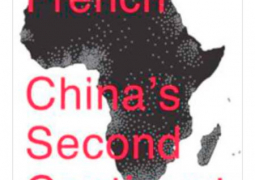