Gibril Jatta is a Gambian based in Sweden who is currently holding three black belts in WTF Taekwondo and represented The Gambia in three international championships.

During his outings he won a silver medal in his first international appearance in Abuja. Also in 2004 in Nigeria he finished second after playing 6 matches.

Gibril Jatta who is currently in the country on holiday told Pointsport in this interview that he was part of The Gambia's Taekwondo team that represented the country in all African games in Libya in 2008, but could only play 3 games after picking up an injury in his first game.

According to Jatta, "he felt very great for making it to such a high standard competition, hoping to win a gold medal, but his aim of achieving that glory was disrupted by an injury he sustained during the championship sidelined for six months."

Despite that terrible moment for the Gambian star, he was so impressed for taking part in such a high-profile competition.

Mr. Jatta also represented The Gambia in the Olympic qualifiers by playing 4 games in the process.

Gibril Jatta who moved to Sweden in 1986 started training Taekwondo two years later and is presently running two Taekwondo clubs and schools in Sweden, ranging from Swedish champions, Norwegian champions, Swedish students who have won European medals in his schools.

Jatta who has also spoken of his ambition to help have different Taekwondo teachers in different districts of the country in the near future for the development of sports in the country, added that he has seen that there are a lot of big opportunities in trying to help expand Taekwondo in the country.

According to Gibril Jatta, his main aim is to take some Gambians to Sweden in order to train them on the techniques of Taekwondo.

He also spoke of his plan to invite some students from Sweden to work with The Gambia's Taekwondo Federation and any club that has the interest to develop sports.

The Taekwondo international further stated that with support from the government he is hopeful that Taekwondo could be one of the biggest or leading sports in the country.

He also expressed delight with Yorro Njie, the Martial Arts Coordinator of The Gambia who has always shown interest in the game of Taekwondo, describing him as a very committed individual with a big heart for Taekwondo. 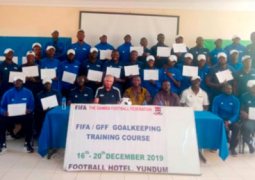 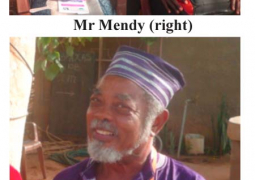