The has secured the release of eight Senegalese soldiers, who were captured by a faction of MFDC forces loyal to Salif Sarjo.

According to news aired on GRTS last evening, the release was held just a few days before the anniversary of their capture.

The men were picked up yesterday morning by a delegation of government officials dispatched to Casamance by President Yahya Jammeh.

The team, according to GRTS, later proceeded to to hand over the soldiers to the Senegalese authorities. 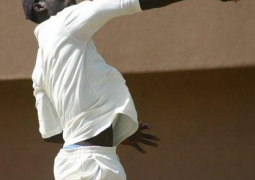