The Vice-President and Minister for Women’s Affairs, Isatou Njie-Saidy, yesterday launched UNDP’s 20th Human Development Report, which ranked The Gambia 151 out of 169 countries, a one per cent shift from the country’s 2009 ranking.

The 225-page report, on the theme: “The Real Wealth of Nations: Pathways to Human Development,” was launched at the Kairaba Beach Hotel.

It highlights, among others, different aspects of human life, concentrating on what remains to be done, and focusing on key priorities such as climate change, poverty and deprivation.

The report, created to emphasize that people and their capabilities should be the ultimate criteria for assessing the development of a country, and not economic growth alone, assesses key components of human development over the past 40 years.

In her launching statement, the Vice President stated that notwithstanding this unfavourable scenario, an analysis using the gender inequality index, as stated in the 2010 report, noted that investments in girls’ education and women to have equal education and employment, access to health services, participation in decision making at all levels, is a catalyst to a nation’s human development given its multiplier effects.

According to the Vice President, against this backdrop, The Gambia is poised to achieving universal primary education by 2015 as parity was attained at this level as early as 2003.

“In this regard, a basic understanding by all, of the rational and methodology used in the collection, analysis and compilation of this report launched is crucial,” she said, while underscoring the relevance of the theme.

“The Net Enrollment Ratio rose from a low of 45 percent between 1991/1992 to about 75 percent in 2008 to 2009. In the area of health, some significant progress have been made with focus on the three health related MDGs, 4, 5 and 6 and relevant targets, that is, child and maternal mortality, and morbidity, HIV/AIDS as well as malaria reduction respectively,” she stated.

Overall, Vice President Njie-Saidy added, there has been considerable achievement in child survival as the infant mortality rate, according to national census, dropped from 217 per 1000 to 75 per 1000 live births in 2003.

“Despite this significant but slow pace at improving these statistics, my government, in collaboration with development partners and stakeholders at all levels, continues to implement best practices,” VP Njie-Saidy further stated.

These, she noted, included free-of-charge basic education for all from Grades 1-9, training of Gambian doctors, midwives, anaethetists and laboratory technicians and the enactment of the Children’s Act 2005 and Women’s Act 2010.

Ms Janice James, who represented the UN Resident Representative to The Gambia, said the report celebrates twenty years of human development by reviewing the concept of human development, how it is measured, and the policies, in order to get a better insight about the patterns, the progress made and how it can help chart a course for people-centered development.

According to her, the core of the report is its assessment of trends in key components of human development over the past 40 years.

“This retrospective assessment, an important objective for the 20th anniversary, is the most comprehensive analysis of the report to date and yields important new insights,” she added.

She noted that, in some basic respects, the world is a much better place today than it was in 1990 or in 1970.

“Over the past 20 years, many people around the world have experienced dramatic improvements in key aspects of their lives. Overall, they are healthier, more educated and wealthier, and have more power to appoint and hold their leaders accountable than ever before,” Ms James further stated.

She revealed that the report further looked at political freedoms, and empowerment for sustainability and human security also as a critical aspect of human development.

Other speakers at the report launching ceremony included Professor Muhammed Kah, Vice Chancellor of the . 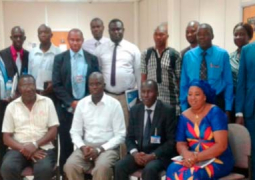 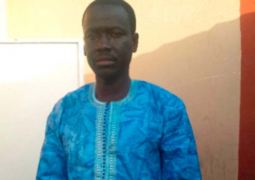