Despite its small size and low level of press freedom that the country just emerged from, The Gambia is said to be doing better than other Anglophone African countries in terms of meeting targets set by global media campaign against FGM.

“Journalists gave activists the platform to share their work and stories to the world. It is a key reason why the country is leading efforts to address FGM globally and such a ranking would not be possible without the journalists,” said Jaha Dukureh, Executive Director of Safe Hands for Girls.

The media awards forms part of fulfilling the promise made two years ago to recognise and reward the role of the media in the End FGM Campaign. The awards, supported by The Guardian, UK, to date has surpassed the set expectations of the Global Media Campaign objectives, said Lisa Camara, a member of the awards coordinating committee.

Several awards were given out over the years and The Gambia is doing better than others in meeting targets so far, Ms. Camara told the awards ceremony over the weekend in Banjul.

Naimah Hassan, the global media Campaign against FGM, said they are glad to partner with Safe Hands in this campaign.

An icon of the struggle and executive director of Safe Hands for Girls, Jaha Dukureh, said the struggle to eradicate the practice is not yet over: “Even though the FGM practice has been outlawed in The Gambia, the practice is still ongoing and widespread all over the country. The law is not a ‘Yahya Jammeh law’ but a Gambian law that must be enforced,” she said.

A documentary shown at the event turned the ceremony into laughter when a battered face, white khaftan and scarf shrouded Yahya jJammeh appeared, in announcing the ban on the practice of FGM,  swearing: “for 21 years, I have been researching the Quran about where FGM has been mentioned but found none.”

In the words of the secretary general of the event’s co-organizers, Gambia Press Union, the media has done and achieved a lot, but the eradication of harmful traditional cultural practices is not an easy task and doesn’t happen overnight.

“That is why the media must continue to play its role, its important role in the fight against FGM. This is because the media is the most powerful tool of communication in all societies,” said Saikou Jammeh, GPU secretary general.

The award was witnessed by the Minster of Information, Demba Jawo, and the Director of Press at the office of the President, Amie Bojang-Sisoho as guest of honour. Those names have long been associated with the struggle to end FGM in the Gambia; the former on the pages of newspapers while the latter in the fields, traversing remotest parts of Gambia even where no one dares to openly campaign against it.

It landed her and the current minister of Trade Dr. Isatou Touray – also recognised as mother of the anti-FGM struggle – in jail at one point. 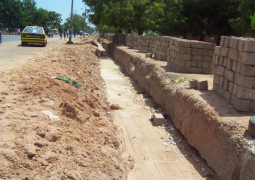 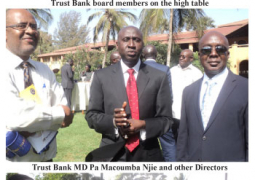