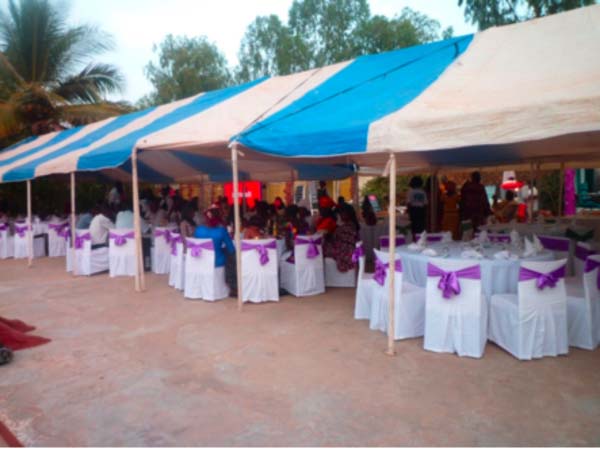 As part of promoting tourism in the country, the third edition of the International Food and Beverage Festival was recently held at Jakarlo in Kololi organised by the Gambia Tourism Board in collaboration with stakeholders in the tourism industry.

The food and beverage festival is part of Gambia Tourism calendar of events, and it is intended to broaden the product suite of the tourism industry.

The festival showcases an assortment of local culinary cuisine ranging from mbahal, benachin, fufu and soup, lamp afra-off, the grill, yassa kobo, as well as many other foods.

The festival also featured entertainment by various national artistes and groups like Jaliba Kuyateh and the Kumareh Band, and Kabekel cultural group.

Wrestling competition was also included to showcase our cultural sport to guests, as well as eating competition in which the winner was one Amadou Barry, who went home with D2,000.

Speaking to journalists at the event, Ousainou Senghore, acting director-general Gambia Tourism Board, said what was important was the attendance, which was very good and it was well-organized.

He said though Ebola has hit the tourism sector very hard, from January 2015 they started recovering.

He said looking at the number of participants for this year shows that a lot of improvement has been achieved.

This was the third edition of the food and beverage festival, and it would  be an annual event, he said.

Adama Njie, director of marketing at the Gambia Tourism Board, said the rationale is to promote our products.

They wanted the tourists to see a lot more of our culture, and for them to know that The Gambia has a lot to showcase.