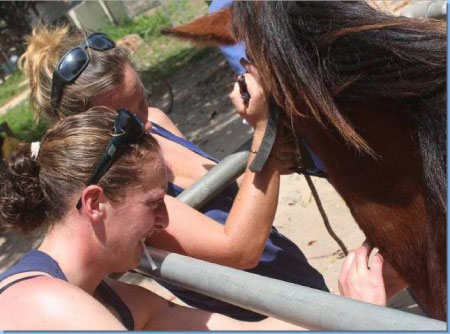 The Gambia Horse and Donkey Trust, a local NGO based in the Central River Region and with head office in the UK is committed to tackling food insecurity and improving the livelihood conditions of local farmers, said its Director.

Dr. Heather Armstrong, the Director of Gambia Horse and Donkey Trust, said in an interview with this paper that the organisation, which is a charitable and small organisation registered in both the UK and The Gambia, aimed to provide basic veterinary support by using volunteer vets from the UK.

“We also felt it was important to tackle nutrition and management and as many of the problems we see with the horses and donkeys are borne out of poverty. We also felt it important to provide active help with community development in order to help the local economy,” said Dr. Heather.

“Now we have the first equine specialist paravets in The Gambia. We also began teaching in schools and through our Donkey Club we work with the young boys who traditionally care for the donkeys and teach them to have fun, build a friendship and to take a pride in their donkeys,” she added.

She disclosed that they also have mobile clinics and basic hospital and laboratory facilities and stabling for 25 animals and then thanked the Universities of Glasgow and Liverpool for rescuing and helping them through The Veterinary Laboratories Agency, who are providing the help and research needed to help the Gambian farmers.

For his part, Langbaba Ceesay, the Public Relations Officer of the organisation expressed delight at the services and support the organisation has been rendering towards reducing poverty and achieving food security.

He said the organisation had sponsored over 400 students, provided computer lap for Sambel Kunda, and solar panels in 6 schools to enable students study at night.

Ceesay disclosed that over the years more than 130 donkeys were distributed to rural farmers, who are often in need to have the manpower support in their farms.

He said as part of its social responsibilities the organisation also rehabilitated a 3km-road, linking Kuntaur and Banni in Niamina, CRR, to ease what he calls networking and communication among the communities.

Mr. Ceesay further stated that every year they hold a horse-and-donkey-show that provides the farmers with a unique opportunity to compete on whose horse has the best care and prizes.

He further said that keeping horses and donkeys healthy in The Gambia is a real challenge, as insect borne diseases, such as Sleeping Sickness (trypanosomiasis), African Horse Sickness, and tick fever, are all too common. He said when all these problems are combined with poor nutrition and management, caused by the lack of knowledge and poverty, the results can be disastrous for the farmers.

For his part, Professor Ramsay Hovell of the World Association for Transport Animal Welfare and Studies (TAWS) stated that TAWS was established in 1989, with the objectives of promoting improved management, health and welfare in transport animals. 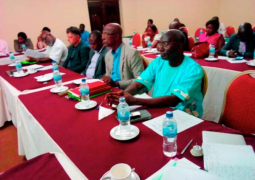 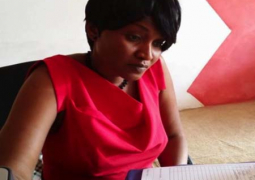