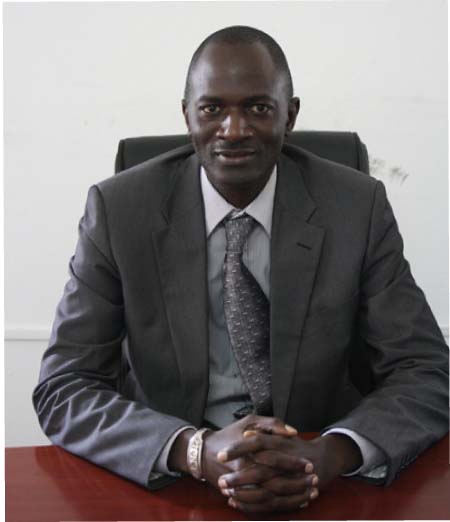 Adama Njie, director of Marketing at The Gambia Tourism Board, GTB, has said the country has a lot to offer to tourists.
These include a rich colourful culture and culinary delights, is a leading eco-tourism destination in Africa, has close proximity to Europe, and has golfing, safaris, bird watching programs, to name a few.
The GTB director of marketing made this statement in an interview conducted recently at his office by The Point’s Tourism and Entertainment reporter.
The GTBoard and the Ministry of Tourism will continue in intensifying marketing activities, as well as work in developing the product portfolio The Gambia has to offer to the tourists, according to Njie.
He further noted that product development goes with marketing, which is why the GTB is working tirelessly in ensuring that tourists’ satisfaction is assured at all times.
The GTB director of Marketing further told this reporter that,  this year alone, the TMC /GTBoard marketing budget with the tour operators and GTBoard strategic partners is nearly one million US dollars compared to last year’s TMC/GTBoard budget of less than half a million dollars.
Over the years, the Gambia Tourism Authority (now GTBoard) used to  concentrate more on trade fairs, but the focus of the new GTBoard is now more on road shows, tour operators partnership schemes (joint marketing)  and participation in selected trade fairs.
“An example was GTBoard/GIEPA recent Diaspora meeting in Norway and Germany, where we met all our tour operators in Germany, and this year CONDOR will increase its flight frequency to The Gambia from twice a week, compared to once a week last year”.
“If you look at our statistics, the United Kingdom has been over the year’s top of the list in terms of tourist arrivals, but the GTBoard wants to see more tourist arrivals from other markets”, said the GTB director of marketing.
Mr. Njie further mentioned that the GTBoard will continue intensifying its marketing activities in the sub-region and Eastern Europe, especially in Nigeria, Poland and the Czech Republic, in helping to address the low tourist arrivals during the lean season
Njie further told this reporter that the GTBoard will soon launched its new web site, which will be  a very interactive e-marketing platform, where bookings can be done online worldwide.
Mr Njie thanked the Minister of Tourism and Culture, Permanent Secretary Ministry of  Tourism and Culture, the Director General of GTBoard and the entire staff of GTBoard for their continuous efforts in promoting The Gambia as a world-class destination.