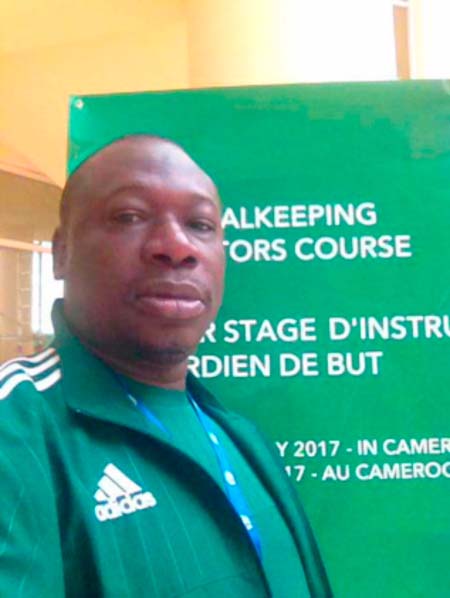 The Gambia national football team goalkeeper trainer Alagie Marong left Banjul Wednesday for Cameroon where he is expected to attend Goalkeeper trainers course in the West African city of Yaounde.

The instructors’ course dubbed “First Goalkeeping Instructors Course”, has been organised by the Confederation of African Football (Caf), and is scheduled to take place from Friday 5 to 8 May 2017.

Mr Marong said the course will focus on helping young goalkeeper coaches on the general preparations of the game.

Speaking to The Fatu Network from his base in Cameroon, Marong said: “The course is all about preparing the goalkeepers on the level of performance and to also introduce the technical skills of goalkeeping in conformity with modern day soccer.

“The goalkeeping coaching course focuses on the teaching aspects of goalkeeping from young ages and train them on the important technical skills in modern football,” he said.

He is also hopeful the course will provide him with the unique opportunity to put into practice the knowledge gained and apply it into Gambian football.

Marong has been an important goalkeeper trainer for various categories of The Gambia’s national team including the Scorpions.

He has been a fundamental part of the country’s success in goalkeeper development, having trained some of the finest Gambian goalkeepers.

Several well-established goalkeepers in the country have since graduated through the ranks of the Gambia National Youth teams to the highest level both at home and internationally under Marong’s guidance.

He has firmly held onto his goalkeeper trainer position for a number of years and until today, he’s the main man behind the goalkeepers in training. 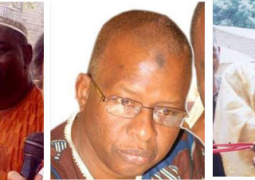