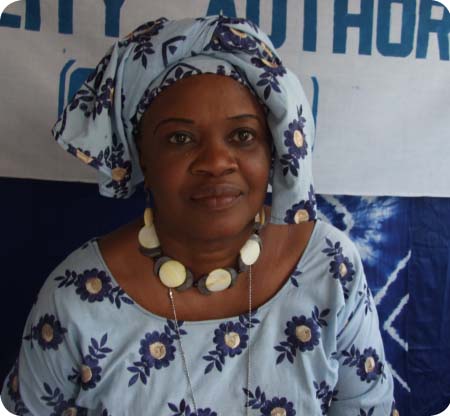 The corporate services manager of the Gambia Chamber of Commerce and Industry (GCCI), Beatrice Prom, has countered assertions by many concerned people that the prices of stalls at the 2014 Trade Fair Gambia (TFG) “are high”.

Beatrice Prom, who reacted to these assertions at a press briefing held yesterday at the TFG grounds, said that considering the cost of organising a fair in this day and age, the Chamber could only peg their prices at certain level, depending on the categories participants or exhibitors fall.

“The prices of the stalls are based on the expenditure that we made,” Ms Prom explains, saying the inputs “are very high” in organising a trade fair.

Even though she did not quantify the cost of organising the fair or disclose the exact price of a stall, Ms Prom highlighted the enormous expenditure involved in holding a trade fair: “The grounds are rented, and we hire the company that does the erection of the stalls and pay by stands. Not only that, when the fair is over, we have to pay this company to dismantle everything properly.

Ms Prom added that while the stalls or stands of fairs being held in other parts of world are very expensive, the TFG is fairly reasonable, considering the cost incurred in organising it.

“GCCI is charging reasonable prices for the stalls,” she reiterated, saying that since 2003 the prices of their stalls had remained the same till this year when they were changed.

Reacting to reports that many participants have been complaining of lack of sales and good sanitary facilities among other dissatisfactions, the GCCI corporate services manager said the fair has instead been applauded by most of the participants for meeting their expectations.

“In trade fairs, it is not always only about sales; it is about making lasting contacts, it is about knowing what is available in the country and doing business beyond the trade fair period,” Ms Prom reacted, saying: “For us Gambians, when we come also, it shows us what is here and what services and products are available.”

Most of the participants interviewed by the press actually spoke well about the trade fair, saying it has so far augured well for their businesses.

Katim Touray, sales agent for the Pakistani business group, an international firm exhibiting cooking utensils and equipment at the fair, said they have had good sales in the last 12 days since the fair started.

Mamsait George of Access Bank, for his part, said as a bank, their focus is more on promoting their products and services, getting to know their customers, and trying to market their VISA cards products, which has so far been going well with them. “We are also trying to get feedback from customers.”

Buhari Jeng of Guaranty Trust Bank made similar remarks, saying the trade fair serves as an opportunity for them to sell their products. “Attendance is quite overwhelming; it is actually a success so far. There is customer awareness; we are trying to get new customers, and people are beginning to open accounts.”

Aminata Koiteh of Ecobank also said: “We have been marketing our products and services over the past days and we have had between 10 to 12 new customers since the trade fair started some days ago.”

Sales and communications officer of Chico’s Restaurant, Lisa Camara, said the trade fair “has been good” for them. “Sales have been good so far; sometimes we run out of stock. We have been receiving the full support of the GCCI as well,” she said.

Fatimatta Jallow of Alagie & Fati’s Company Limited, who came from Ghana, said their goods, such as the black soap and other products they are exhibiting, have been selling ever since the fair started.

“Every year we use to come and it has been very good and fine with us,” Fatima added, saying: “Now I have a shop here in The Gambia through the trade fair organised by the GCCI. This year I came along with ten businesspeople, and I intend to come again with 30 or more next year.”

A businessman from Senegal by the name of Bai Cheikh Dieng, who is exhibiting jewelleries at the fair, said business has been good for him ever since the fair started, adding that the sale of his jewelleries is “impressive” so far at the fair.

Responding to the question of inadequate sanitary facilities at the fair grounds, Ms Prom also said: “We actually had some challenges of sanitary facilities, but it is because of the way people use the facilities. There were some things that were flushed through the toilets that blocked the whole system, and it really took the Independence Stadium a long time to fix it because they had to break pipes to get stuffs out that were not supposed to be there.

“The sewerage system was blocked due to the way those of us here have used it. So we are now talking to people so they would change the way they are using these facilities. That was actually the issue with the toilets but it has been resolved and everybody is happy now.”

The GCCI corporate services manager also commended the National Water and Electricity Company (NAWEC) for ensuring there is “regular electricity at the Independence Stadium where the fair is held.

She said: “I want to really commend NAWEC for their support during this fair. As soon the power goes off, they ensure the power is on back again when we call on them; so definitely we have seen great improvement this year and we would really want to thank them for their support.” 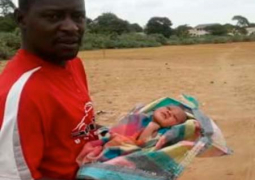