The Gambia Football Coaches Association will hold its annual general meeting on Sunday, 9 January at the Olympic House at 9am.

The Gambia Football Association (GFA) is headed by Pa Suwareh Faye, who was re-elected in 2008 for another four-year mandate.

The AGM will cover the presentation of activity reports by the president, the secretary general and the treasurer.

The 2011 Action Plan will also be presented before the general congress of the Football coaches in December this year.

One hundred and ten registered coaches are expected to attend the meeting. 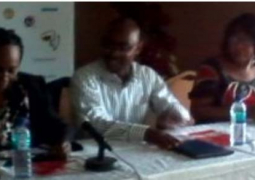