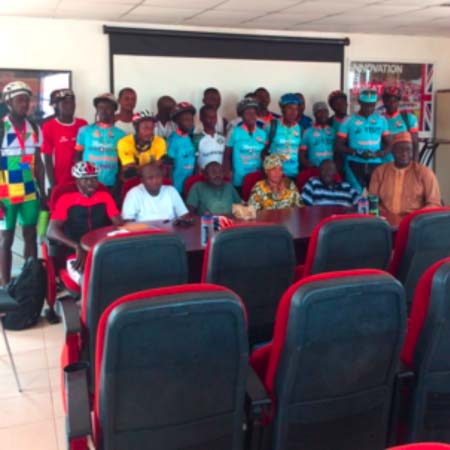 The Gambia Cycling Association recently held its annual general meeting, which focused on future developmental activities with wider prospects of the association.

The first time in its history, the association also injected two female riders into the family during the AGM.

The meeting, held at the Sahel Plaza opposite Kanilai Bakery, was also attended by GNOC members and representatives from the National Sports Council.

According to the association’s Secretary General, Baboucarr Jabai, the association has decided to initiate the Alhaji Babou Sowe’s memorial cycling race and West Coast/ Wallidan tour de Banjul to kick off from West Coast Radio Station to end at New Primet Street.

According to Jabai, the tour would be an annual event scheduled for the first Saturday of October each year.

This development, he said, also includes their decision to organize a ride long tourism/hotel cycling tour on the first Saturday of every year for the event titled GTBoard/Minister of tourism tour of hotels, starting from Sheraton Hotel and ending at Laico Atlantic Hotel in Banjul.

The development is set to promote women’s cycling in the association, as the association has agreed to introduce the Mrs Adel Njie Faye Women Cycling tour in their 2015 calendar of activities.

He also said they are working towards decentralizing the cycling activities to reach various schools across the regions.