Following the overwhelming success of the World Health Day 2000, which was devoted to the theme ‘Blood Saves Lives, Safe Blood Starts with Me’, the World Health Organization declared the 14th of June as the World Blood Donor Day.

The flagship event was organized in 2004 in Johannesburg, South Africa. The day is dedicated to “thanking and celebrating voluntary non-remunerated blood donors”.

The day, 14th of June also commemorates the birth of Karl Landsteiner, who was awarded the Nobel Prize for his seminal discovery of the ABO blood.

The day which also thanks millions of blood-donor world-wide is aimed primarily to ensure the easy availability of safe-blood for transfusion world-wide.

This theme is aimed at recognizing our inner potentiality for the heroic by simply being of use to someone in need, by donating blood. The theme recognizes the efforts of countless of silent and unsung blood donators worldwide who are doing their bit in making life easier and better for someone else by giving them the gift of blood. This also echoes the motto of the World Blood Donation Day which is aimed at ‘celebrating the gift of blood.’

In the present scenario yet another important objective of the World Blood Donor Day is to concentrate on national efforts on bettering the safety and sufficiency of national blood supplies by promoting a significant increase in the number of safe, voluntary non-remunerated blood donors who can donate blood regularly.

Dr Azadeh, a senior lecturer at the University of The Gambia and a senior consultant in Obstetrics & Gynaecology in this week’s health column reminds every healthy person in the whole country to consider donating blood as they will save many lives throughout the country.

Transfusion of blood and blood products helps save millions of lives every year. It can help patients suffering from life-threatening conditions live longer and with higher quality of life, and supports complex medical and surgical procedures. It also has an essential, life-saving role in maternal and prenatal care.

However, in many countries, there is not an adequate supply of safe blood, and blood services face the challenge of making sufficient blood available, while also ensuring its quality and safety.

The focus for the 2013 campaign – the 10th anniversary of World Blood Donor Day – is blood donation as a gift that saves lives. WHO encourages all countries to highlight stories from people whose lives have been saved through blood donation, as a way of motivating regular blood donors to continue giving blood and people in good health who have never given blood, particularly young people, to begin doing so.

The objectives of this year’s campaign are to thank blood donors for their life-saving donations; promote voluntary unpaid blood donation; and convince authorizes of health to commit to achieving self-sufficiency in safe blood and blood products based on 100% voluntary unpaid.

Three things to do with donated blood

The complete ‘product’ of blood donation is whole blood. This is not used often in treatment - except to treat catastrophic blood loss – but is instead separated into different products.

These are used in the treatment of all kinds of anaemia which can’t be medically corrected, such as when rheumatoid arthritis or cancer is involved, when red cells break down in the newborn and for sickle cell disease.

They’re also essential to replace lost red cells due to blood loss in accidents, surgery and after childbirth.

Fresh frozen plasma is used after obstetric loss of blood (which is usually childbirth), during cardiac surgery, and to reverse any anti-coagulant treatment.

It’s also used to replace clotting factors after massive transfusions or when they are not being sufficiently produced, such as liver disease. And then there’s processed plasma, which has several important uses.

For instance, it is used in the treatment of haemophilia and for treating sufferers of Christmas disease, a life-threatening form of haemophilia.

Additionally there is a protein called albumin contained in plasma, which is extremely beneficial for burn victims.

The Gambia joined the international community to observe World Blood Donor Day on the theme ‘Every blood donor is a hero’ to raise awareness on the need for safe blood and blood products.

The commemoration this day reminds them of the importance of blood donation and transfusion which is a vital component of the healthcare delivery system in The Gambia.

The availability of safe blood is a fundamental right of every human being and is very high on the agenda of the government. There is a constant need for blood transfusion to replace blood lost during child birth, in treating anaemia, during emergency surgery, and for people who are injured in road traffic accident.

Focusing on the theme for the event is the idea that all and sundry can become a hero by donating blood, recognising the silent and unsung heroes who saved lives daily through their blood donations. We must strongly encourage more people all over the world to donate blood voluntarily and regularly.

The objectives of this year’s campaign are to thank and reinforce the self-esteem of those who give blood, to inspire those who do not give blood but are able and capable of donating, and also encourage the blood service staff to recognise blood donors for their heroic act.

Daily heroes respond to an immediate need for blood transfusion services not depending on the conditions or convenience. The voluntary donors come from all walks of life, regions, backgrounds, religions, and ages. By choosing to donate blood out of free will is a human solidarity gesture with the power to save lives.

This is now the fact that the Ministry under the visionary leadership of President Jammeh will embark on an aggressive campaign and refocus on innovative new approaches to involve communities and youths in order to increase the number of voluntary blood donors.

Ahead of this year’s celebration of World Blood Donation Day, Trust Bank Gambia Limited recently made a significant contribution to the health sector by donating D30, 000 to the Ministry of Health and Social Welfare.

The donation was presented to the Minister of Health and Social Welfare at a ceremony held at the Ministry in Banjul.

Mr. Dodou Nyang, Senior Manager Marketing and Sales who represented the Managing Director of Trust Bank reiterated the bank’s commitment in supporting the key sectors crucial to the country such as education, sport, disaster relief and most importantly the health sector.

In receiving the donation, Health Minister Balla Garba Jahumpa spoke about Trust Bank’s long standing support to the improvement of the quality health care delivery systems in the country from its support to the Edward Francis Small Teaching Hospital Sanatorium to the Leman Street Clinic, AFPRC Hospital among     others.

For further information about the Blood Bank at EFSTH in Banjul, call on AFRI RADIO 107.6 Health Show from 9 to 9.30 am; text Dr Azadeh on 7774469 or email azadehhassan@yahoo.co.uk. 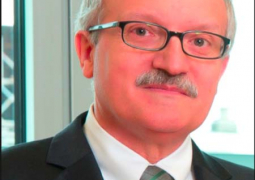