The Point has learned from authoritative sources that a three-day stay away from the courts by the Gambia Bar Association, to protest against the arrest and prosecution of lawyer Moses B. Johnson Richards ended yesterday.

The protest, according to GBA sources was meant to make the  authorities drop the two criminal counts preferred against their colleague, at the Banjul Magistrates’ Court, and to ensure the protection of private legal practitioners in the country.

Asked by this reporter whether the Bar had achieved the aim of their protest, Tambedou said, "Well, we will know that on Monday, and we are still in touch with the relevant authorities to see that the charges against Moses Richards are dropped."

Tambedou declined to further comment until the Bar meets on Monday to make further consultations with members or decide on any further action in protest against the prosecution of Mr. Richards.

It would be recalled that the GBA earlier issued a press release condemning the arrest and prosecution of lawyer Moses Richards in the strongest terms, which was subsequently followed by a decision taken on 10 January 2011, to boycott all court proceedings in the entire .

The lawyers' protest, according to many, had affected proceedings in all the courts in the country and, according to our correspondent who was at the High Court yesterday morning, many lawyers could be seen in the court premises,but not in the courtrooms. 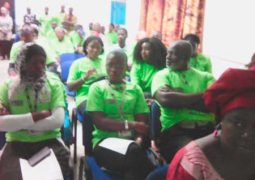 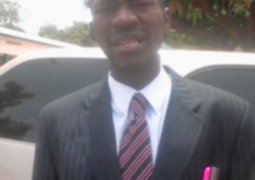