Mr. Abdoulie M Kah, former Assistant Director of Sports at the Department of State for Youths and sports, has been appointed as the Deputy Permanent Secretary of the Department.

His appointment came to effect on 19thof March 2008.

In an interview with Pointsports yesterday at his office in , Mr. Kah described his appointment as a challenge but promised to live up to expectations.

He noted that he will be more dedicated to the job than ever before because it is a new responsibly.

He said, "I am thankful that the promotion happened within my area of specialisation, which is youth and sports. I have been working for the past 12 years at the Department and I am comfortable with the position".He pointed that all they hope to see at his department is the development and progress of youths and sports of the country.

Mr. Kah replaces Mambanyick Njie who has been appointed Permanent Secretary of the Department.

In a brief interview Mr. Jassey promised to work closely with his staff, satellite institutions and all stakeholders.

He noted that youths and sports development is everybody's business. 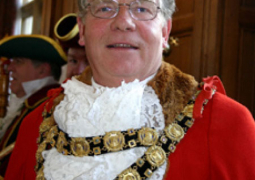 Marlborough Mayor, others arrive today as guests of Gunjur