The Department of State for Health and Social Welfare yesterday issued a news release imposing a total ban on certain infant formula milk produced in the People's Republic of that is said to be contaminated with melamine.

Melamine, an organic based industrial chemical with 66% nitrogen by mass, is reported to have made thousands of babies in seriously ill due to its contamination of the infant formula with four deaths.

"The babies are ill as a result of renal failure culminating from the formation of kidney stones. According to an interim safety/risk assessment conducted by the USA (Food and Drug Administration), the observed toxic effects of melamine on animals in controlled studies only occur following high dose exposures," the release said.

According to the release, the Department of State for Health in light of the above is currently engaged in a massive inspection of food stores and groceries looking for the incriminated product and its by-products in order to take them off the shelves for further investigation.

"As of now, with all the places visited, the incriminated infant formula has not been seen but a total ban of the product and its by-products is hereby imposed by the Department," the release added.

The Department, the release went on, through its Inspectorate Unit responsible for ensuring food safety has communicated to all major importers and assurance has been given that such infant formula is not imported into this country.

The Department further assured the public of its relentless stand in ensuring the mental, social and physical wellbeing of every one living in The Gambia.

It however urged the public to be vigilant and report any such products to the nearest health facility. 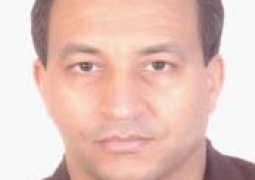