Sulayman Jagne, commonly known as Saul Jagne, president of Gambia Association of theatre, has said that the theatre Association was established on the 23 March 2007 by four members.

The association registered by the National Centre for Arts and Culture, aims at fighting for the rights and progress of the Gambian artists.

Speaking in an interview with Entertainment on Monday at his office in , Saul Jagne said the association was formed to cater the welfare of all theatre groups in The Gambia.

Jagne said theatre is a very important segment in the movie industry. "Theatre is something which is very interactive in the sense that it educates and entertains people," he said. "My major concern is to have collective responsibility and also sponsorship, which is always a problem in this country."

Mr Jagne observed getting financial support from organisations these days is a Herculean task.

"The Gambia Association of theatre is something that needs sponsors," Jagne said.

He added: "Before getting into the system, one has to be strong since film production is a difficult task."

With the intervention of few groups,

The GAMAT president noted that the new theatre groups that have joined the industry have contributed to beefing the efforts and growth of the industry. "They are doing well in their own films," he observed. "In fact, I initiated the whole idea of bringing all the various groups under one body when we went for a congress and as a result I was elected as the president."

The association has been faced with so many challenges since its establishment, the GAMAT president said, calling on all to understand the aims and objectives.

Mr Jagne told Entertainment that one of their first steps was to bring Francis Duru from to discuss with him some aspects of the way forward for a viable partnership between the two countries.

"We were able to host Mama G and other artists from too," he said. "Other partners are coming in; we have a Gambian who is dealing with some of our Gambian artists in the movie industry, specifically we just realised that they have just launched a film." 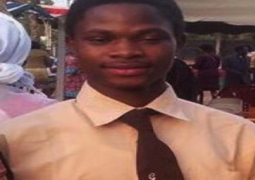