Galp Energia Oil Company, formally Shell has pledged $10,000 to the Business Coalition Against HIV/AIDS (BUCAHA) as part of its contribution towards the fight against HIV/ADS.

These pledges were made at a ceremony held at the Independence Stadium in Bakau.

The event was organised by BUCAHA, in collaboration with Jobat Lab.

BUCAHA was established in The Gambia in 2007 to enchance the response of the business sector against HV/AIDS and to lead the private sector in the figth against the pandemic, as well as TB and malaria in The Gambia.

It has a membership of twenty-one companies.

Speaking at the ceremony, Mr. Julius Freeman, the President of the Business Coalition informed the gathering that HIV/AIDS gives formidable challenges to the socio-economic workforce of any developed or developing nation. He added that his coalition encourages business sector to fully participate in their noble cause in the fight against the killer-disease.

According to Freeman, BUCAHA with their partners like NAS has been very active in raising the level of awareness within the private sector, while urging members of the private sector to always go in for VCT test. As he put, the most important resource is the human resource of any company or institution.

Mam Cherno Jallow, the CEO of the Gambia Chamber of Commerce and Industry, informed the participants that GCCI was very instrumental in establishing the business coalition. He noted that AIDS play a huge setback in any economy, saying that it also cripples the economy.

GCCI's CEO, however noted that the coalition had made use of the fair to sensitise the public so as to raise more awareness, stressing that they will continue to work with the coalition.

He said The Gambia is non-prevalence when it comes to world ranking, adding that as private sector more should be done in the eradication of HIV\AIDS.

He urged others to join the coalition, as the private sector is the engine of growth. 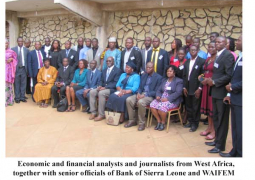 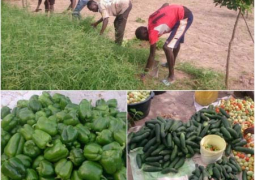