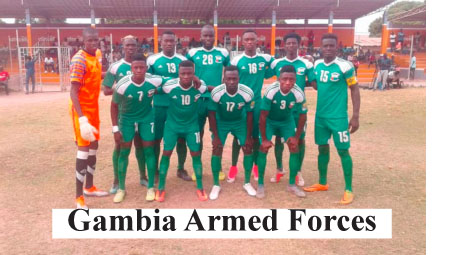 The Soldiers were occupying third-place in the country’s premier league table before their encounter with Hawks, who were topping the league after winning their two opening matches.

They netted one goal without Hawks responding to secure top spot in the league standings with 7 points after three league games.

Hawks are with 6 points after three league matches.

Newly-promoted side Elite United beat BK Milan 1-0 at the Independence Stadium in Bakau to move away from the danger zone.