The celebration took the form of a march-past by from Brikama Box Bar Mini Stadium to Cannan Multipurpose Centre were departments and institutions participated in various events such as tug of war 100 metres , work race, eating race and  other events.

The event, which attracted spectators from West Coast Region and its satellite areas, showed delightful exhibition of skills and talents by participating departments and institutions.

Brikama Area Council took 9th position with 52 points, Gambia Transport Union finished second position from bottom with 42 points, while the Governor’s office was rooted at the bottom with 28 points.

The ceremony was witnessed by the Governor of West Coast Region, Lamin Sanneh, the Executive Director GNOC, Lawrence Bruce, and other dignitaries. 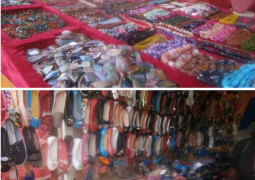