Furious players of the senior national team better known as the Scorpions have appealed to the country's football authorities to consider paying their match bonuses, only a few minutes after finally agreeing to leave for for tomorrow's friendly match, amidst tough negotiations with three representatives of the Ministry of Youth and Sports.

Three days before the team was scheduled to take part in an international friendly match due to take place in , tomorrow, the players of the senior national team and their officials all threatened to boycott the Gabon-friendly game in protest over non-payment of their match bonuses.

The men are understood to have partially decided to make a u-turn to travel for the friendly, in the interest of their nation, without their match bonuses, which according to sources close to the weekend’s concession will be transferred to their account in , probably by Tuesday as promised by the authorities concerned.

The players initially rejected the appeal by the football authorities to travel without their match bonuses, but following three hours of negotiations to reach a compromise among the parties involved, coach Paul Put and his charges partly agreed to leave the shores of the country without their bonuses, but have put the Ministry to task by asking them to make available their match bonuses as soon as possible.

This follows a series of similar dialogues between the country's football authorities and the national teams, including that of the national U-20 team who unanimously agreed to boycott their Seaview Hotel camp in protest over their match bonuses in the build-up to the recently ended CAF African U-20 Youth Championship held in .

The darling Scorpions later made a turnaround and travelled to without the full payment of their match bonuses throughout a difficult qualifying round, which according to sources are still unpaid.

The Gambian national teams are becoming increasingly frustrated by what they called unfair treatment they continuously endure from the football authorities with regards to the payment of their match bonuses, and have since vowed to put an immediate end to such treatment. 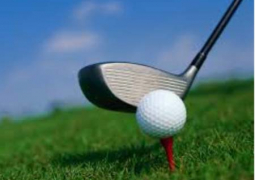