Jean Luc Pataux, a French national, gained his freedom on , in an ongoing case in which he was charged with receiving money by false pretence. The four-year case, which was presided over by Magistrate Sagarr Jahateh of the Kanifing Magistrates' Court, has finally come to an end.

She went on to say that the accused was found guilty of obtaining money by false pretence and sentenced him to a custodial term of one year imprisonment.

She stated that since the accused had been in custody for four years, he had already served the sentence in excess.

She finally let him go home as a free man.

ASP Bojang was the prosecuting officer.

GAMTEL should be emulated 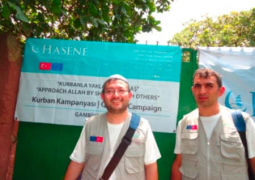