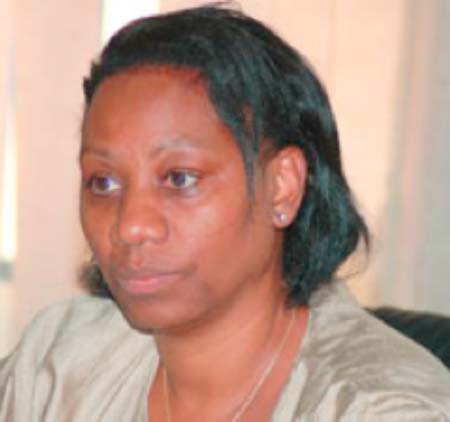 The chairperson of the African Commission, Hon. Kayitesi Zainabo Sylvie, has said that freedom of expression is a challenging right in Africa.

“In many countries, we have seen an increase in reprisals against journalists and human rights defenders for simply exercising the right to freedom of expression. We all need to encourage a culture of tolerance and respect for the fundamental rights of everyone,” she said.

She said the recent targeting of journalists in several countries during times of political crises is indeed concerning, and should be addressed by all and other stakeholders as a matter of urgency.

“The commission has issued press releases in this regard, and continues to monitor this issue through its special mechanisms and complaints’ mechanism,” she told the session delegates.

The rights of women are another major concern in the continent, she said, adding that the African Union (AU) launched a campaign to end early and childhood marriage in the continent, a responsibility for the many violations of human rights against women and girls.

She added that it was also responsible for a significant number of cases of maternal mortalities in the continent.

The commission chairperson further said they need all children including girls to go to school and succeed in life, instead of being the brides of irresponsible men.

In that regard, she added, the commission joins the entire African Union family in the campaign to end child marriage in Africa.

She urged member states to deal with the problem immediately within its jurisdiction, because there is no time remaining to rescue young girls from this life-shattering experience.

The year 2015 had been challenging in terms of human rights protection and promotion in the continent, she further stated.

She said that there still exist many human rights issues confronting the continent, which needed to be effectively addressed.

Ms Sylvie stated that the twin-challenge of conflict and terror continues to undermine human rights work in proportions never seen before.

“We must continue educating our people on the values of humanity and human rights so that we ensure nobody is left out vulnerable.”

“I also remember the many girls who were abducted by the Boko Haram in 2014 because their only crime was to look for education. We continue to pray for all of them, and believe that wherever they are, they are still safe and will be found soon,” she added.

“We want to assure them that the commission has not forgotten about them. Nobody will forget about them so long as they are still out there. We strongly reiterate our calls to all stakeholders to prioritise the finding of these girls in the near future.”