Gambian migrants in Italy who are interested in pursuing further education can have their dreams of university education fulfilled as many universities in the European country have scholarship for such migrants.

The universities of Pavia, Napoli, Bologna and Torino – all in Italy – have agreed to provide various university scholarships to suitable migrants from eight countries including Afghanistan, Cameroun, The Gambia, Iran, Nigeria and Togo.

The information, released on 24 March, is said to have come at a time it is least expected of a European country.

The initiative that started last year with 14 migrants is now being extended to create more space for refugees, asylum seekers and those with humanitarian protection.

This is said to be part of the concerned universities’ common objective of providing education to the less-advantaged and less-privileged migrants in Italy to enhance integration and promote career building for migrants.

Our correspondent in Italy said the most fascinating thing about the scholarship is that it covers any type of degree that the eligible migrants are to undertake.

“The scholarship covers lodging, food, allowance, academic materials and full access to libraries and museums,” he said.“It is also less bureaucratic beyond imagination for migrants living in Italy.”

Gambians are the third most suitable candidates in the selected eight countries.

“This means that there are more Gambians than can be ignored for integration because the statement from the universities emphatically stressed that chance is given first to Nigerians and then Gambians,” our correspondent said.

The candidates need not to be fluent in Italian language since there are English language courses in any degree they may wish to pursue, he explained. 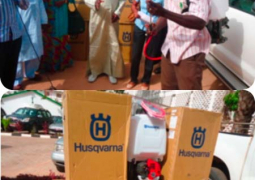