One Ousman Njadoe was recently convicted and sentenced to a three-year mandatory jail term by the Bundung Magistrates’ Court, presided over by Principal Magistrate Ibrahim Kijera.

Njadoe, convicted for obtaining money by false pretence, was also ordered to pay a compensation of D293,000, in default to serve another three-year imprisonment.

Principal Magistrate Ibrahim Kijera, in delivering his judgment, read out the charge pressed against the accused and stated that the prosecution called three witnesses and tendered exhibits, while the accused opened his defence and testified as a lone witness.

He added that the prosecutor had proven his case beyond all reasonable doubts, and therefore found the accused guilty as charged and sentenced him accordingly. 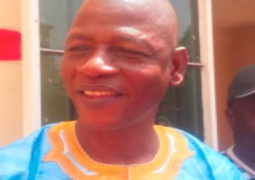