One Essa Sowe, a fraud Squad officer, attached to the police headquarters in Banjul, Wednesday testified as the fifth prosecution witness, in the trial of the former WAAPP Coordinator, Sheikh Tijan Sosseh, charged with economic crime, before Justice Amadi of the Special Criminal Court in Banjul.

When the case was called, defence counsel, Edward Singhateh told the court that he was not yet served by the state with the documents he requested from them.

Counsel said he filed a notice requesting certain documents to be provided by the state and urged the court to order the state to produce the said documents before they proceed with the witness.

In response, state counsel, M. Abubakar, told the court that they have searched for the documents in their files but they did not have it with them, but they would request it from the NIA, if they have it they would give it to counsel before they close their case.

In his testimony, Essa Sowe, a fraud squad officer, told the court that in July 2013, he was part of the panel that investigated the GEAPP project.

During the course of the investigation, he obtained the cautionary statement from the accused person in the presence of the independent witness who was called by the panel, he said.

The accused wrote his own statement in English and after writing it he went through it and signed it together with the independent witness, officer Sowe said, adding that he also wrote his name, rank and number on it.

A supplementary cautionary statement was also obtained from the accused person, he said.

The said statements were tendered and marked in evidence as exhibits.

According to officer sowe, during the course of the investigation, they found two letters addressed to the PS Ministry of Finance but the witness later said it was address to the ministry of finance.

They also found another letter from the ministry of finance addressed to the Minister of Agriculture, he said. 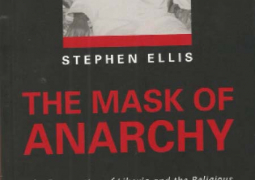