Africell Sierra Leone on Monday sent four of their lucky winners of this year's Valentine Day bonanza to spend a week at the Sheraton Hotel in Brufut in the of (The Gambia).

Speaking to this reporter, Adama Francess Barley, said they were the lucky winners of the Valentine Day bonanza which led to their trip to The Gambia. She says, "We competed on Love Love me not and not star match sign. These came during lover's day when thousands sent in texts and we happened to be the lucky winners of this year's contest."

Alusine Bundu one of the winning visitors, expressed loyalty to Africell network. He said there was no network as efficient as Africell in their country. "We could not have won the prize if it were not for Africell. We have arrived in this impressive country, under the umbrella of the widely used network. They are in to empower the weak and to expose others to the reality of life."

Mohammed Yillah was impressed with their exposure. He said they already had people waiting for them at the airport.

He wishes for a longer stay in the future. Mariam Bundu thanked Africell/ for always delivering what they promise. 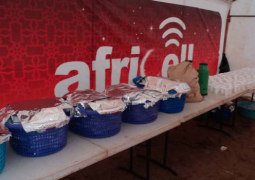 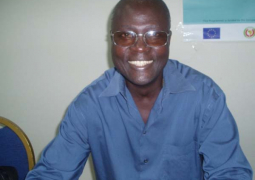