Shiek Abdullah Jah Charitable Foundation in collaboration with Western Region Health Office and RVTH, last Friday concluded a three week intensive training for hundred midwives on the use of pantograph.

Speaking on the occasion, Alagie Sankareh, Senior Administrator at the Western  region health office revealed that the aim of the training is to reduce the maternal mortality and also to build the capacity of nurses.

Mr. Sankareh assumes the foundation that the training would enhance the ability of the participants.

For his part Dr. Bekai Camara of RVTH and also a leading consultant for the training, stated that maternal deaths are due to difficult and prolonged labour noting that the training was timely and it would go a long way in helping the nurses to deliver effectively.

Dr. Omar Jah Senior, president of Sheikh Abdoullah Jah charitable foundation said his foundation since its establishment has made several trips to rural in giving free medical treatment to the inhabitants, adding that the aim of the foundation is to complement Government efforts in the area of health.

Dr. Jah Snr. further dilated that the foundation got the support from Islamic Development Bank (IDB) in order to start the entire major programme.

He noted that one of the key priorities of his foundation is to build the capacities of nurses, 's and village Health workers in order to help communities to take good care of their health.

Dr. Mbowe commended SAJCF for the good work they are doing in the country while assuring them of his office's support. 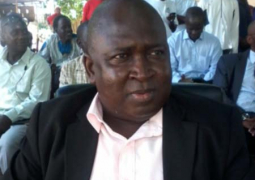 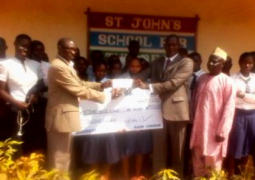