Magistrate Babucarr Secka of the Brikama Magistrates' Court on 7 February 2011 acquitted and discharged one Abdoulie Colley, former station officer at the Tujereng Police Station, who was charged with abuse of office.

In delivering his judgement, the trial magistrate stated that the prosecution, in support of their case, had called in four witnesses and the accused testified on his own and did not call any witness.

He said the accused was exercising his discretion by allowing the retrieval of the body for burial, adding that he also exercised his discretion by not arraigning the seven murder suspects before the court of law within a reasonable time.

"The accused exercised of his discretion by not taking the seven murder suspects to court after three months when the case file was compiled. In my view, this amount to the arbitrary act prejudicial to the deceased, but when he did so, it was not an act of malice or any corrupt practice," the magistrate stated.

"The delay in the prosecution of the seven murder suspects does not amount to abuse of office, but rather negligence of his duty as a station officer," he added.

He said the evidence before the court proved that the prosecution had woefully failed to discharge the burden of proof beyond reasonable doubt.

"I therefore acquit and discharge the accused person," he concluded. 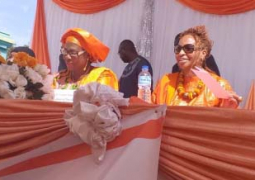