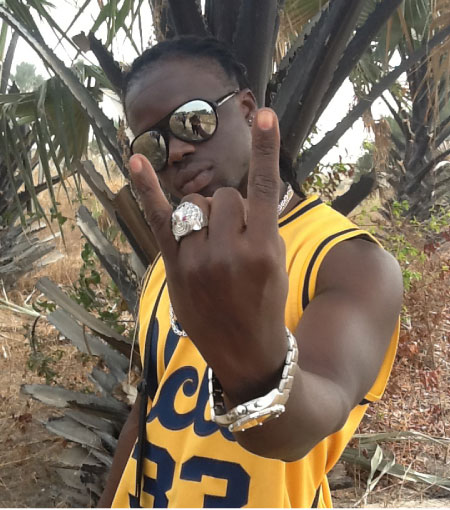 Star-singer Jalex is putting finishing touches to unleash another ten-track album that is expected to make waves when it hits the shelves of the recording studios, Entertainment has learned.

Speaking in an interview with Entertainment on Wednesday at The Point offices, the Gambian artiste said that it took him one year to be able to complete the work of his third album.

Jalex added that the release of the album will follow the launching expected to take place at the Independence Stadium in Bakau.

The Bakau born musician said he would embark on a nationwide tour after launching the album, adding that his tour will continue to the US, the United Kingdom and other parts of Europe.

When this album is released he expects to do a lot, he said, adding that he has been working with big promoters as well as other music experts.

According him, the album is yet to get sponsors but they have written letters to companies, individuals, etc for support. “My single is on air at GRTS local radio stations in the country and also in the Senegalese media,”Jalex said.

The Gambian star artiste said that after few years of hard slug, he has been able to score goals in his musical career when he dropped his first album entitled ‘Summer Alpha’, which he said was proudly sponsored by his manager, Garry John.

“It also took me one year to complete my second album,” said Jalex, who is now widely known as an international artiste.

He also called on his fans and the general public for more support while thanking them for their patience. “I will give them what they want,” he noted.