He denied the charge and was granted court bail of D200,000 with two Gambian sureties.

The particulars of offence stated that the accused, Modibo Taal, some time in 2013 at Sindola Lodge in Kanilai village in the Foni Kansala district of the West Coast Region, stole 3,031 litres of gasoil equivalent to D151,550 being the property of Sindola Lodge. 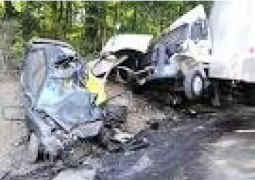