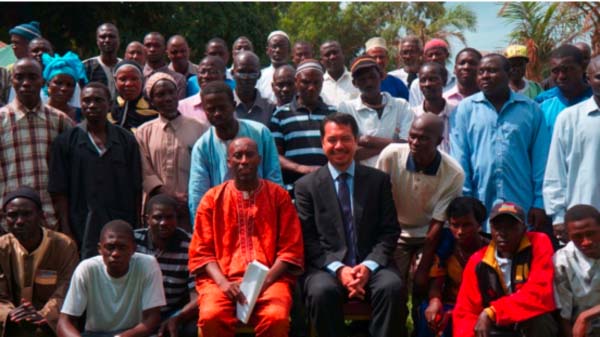 (Friday, 31 October 2014 Issue)
Cashew farmers in The Gambia want more productivity and better to gain better sales price in the global market, and are calling for collective work among the farmers.

According to Mr Jassey, the forum was meant to review their 2013-2014 partnership agreement on the challenges and achievements gained during the period, and to learn the lessons for a better cashew season.

Among the objectives of the project, he said, is to increase the income of cashew farmers, and that the project assessment has found that farmers earn a low income from their products, and factors responsible include the quality of their product and the volumes.

According to him, the project encourages all cashew farmers to form an association and to sell their products collectively at the village level; and to enhance the quality of the products, since they compete with other countries in the global market.

“To enhance the cashew value chain should be everyone’s concern,” he said, adding that cashew could create employment, and earns foreign currency through exporting the product.

In his remarks, US Embassy charge d’affaires in The Gambia, Richard T. Yoneoka, said as the CEP2 final year approached, it was significant that they pause to consider its impact, as phase one which ran from 2009 to 2012 benefited about 3,000 cashew farmers and processors in The Gambia.

He said the IRD expects to double that number to about 6,000 farmers and 100 more processors upon the completion of the second phase of the project, at the end of 2015.

Yoneoka disclosed that the US Embassy was closely following the progress of the Senegambia Cashew Value Chain Enhancement Project (CEP2) in The Gambia, and was pleased with its achievements.

With the funding from the US Department of Agriculture, the good work being carried out by International Relief and Development, in cooperation with the Peace Corps Volunteers and the African Cashew Alliance serves to remind them of what could be gained through partnership and collaboration.

“You the stakeholders, growers and traders have provided the crucial by-in and commitment needed to ensure the continued success of this project,” he continued.

In order for The Gambia to maintain its reputation as a provider of sweet-tasting, high-grade cashews, as well as potentially becoming competitive in the world market, the emphasis must remain on quality, he said.

The goal is also set to capitalize on the increase in quality which would turn into higher profits for all actors in the value chain.

The government of the United States is dedicated to this cause, as evidenced by the $8 million USDA Food for Progress grant that helped established this project,” he pointed out.

He urged the forum to be open and honest about their experiences and sharewith one another, in an effort to develop best practices and realize the objectives of CEP2, as well as to work in the spirit of mutual understanding and collaboration and not to hesitate to impart any wisdom or guidance they have gained in their work.

Also to assess both challenges and success they have faced and take them as lessons learned to strategize for a more successful year to come, he said.

Yoneoka thanked the Gambia government and the ministries of Agriculture, Forestry and Trade for creating the enabling environment to support the continued growth of the cashew value chain.