The Gambia Ports Authority (GPA) staff association recently elected into office ten new executive committee members to steer the affairs of the association for a period of three years.

Speaking in an interview with our reporter last Monday, the new President of the association Ousman A. Wadda who is also the Assistant Store Manager at GPA, described the development as a big challenge while expressing his sincere thanks to all those who voted during the election.

According to Mr Wadda, power lies in the hands of the GPA staff association members in making the association successful. He called on the entire GPA staff to unite in order to get support from the GPA management. Part of his plans, he said will be to visit all GPA facilities in the country in order for him to familiarize himself with some of his members and know their challenges.

It is worth noting that from 2000-2002, Mr Wadda served as the president of the Gambia Public Transport Corporation (GPTC) staff association. He is also a member of the GFA marketing committee, and a member of the interim committee of the National Sports Council. 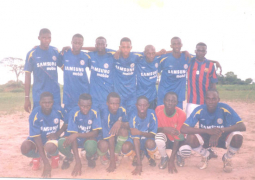