The former permanent secretary at the Ministry of Petroleum, Muntaga Sallah, was yesterday arraigned before Principal Magistrate MS Jallow of the Banjul Magistrates’ Court, charged with stealing and abuse of office.

The charge sheet presented in court in count one stated that Muntaga Sallah, sometime in November 2014, whist serving as permanent secretary at the Ministry of Petroleum, instructed without approval from the Minister of Petroleum at the time, the purchase of three computers marked HP to the tune of $25,400.45, which he later stole and took to his home in Senegambia.

Count two stated that Muntaga Sallah, sometime in November 2014, whilst serving as permanent secretary at the Ministry of Petroleum, stole three computers marked HP to the tune of $25,400.45 belonging to the Gambia government.

Count three stated that sometime in November 2014, he abused his functions as permanent secretary at the Ministry of Petroleum, when he instructed without approval from the minister of Petroleum at the time, the purchase of three computers marked HP to the tune of $25,400. 45, which he later stole and took to his home in Senegambia.

Sallah had denied any wrongdoing.

After the plea, the defence counsel, Farage, told the court the defence had two applications.

He said that count three could not stand unless if the charge was filed by sanction from the Attorney General’s Chambers.

She urged the court to strike out count three from the charge sheet because “it does not carry any weight”. Unless the charge was accompanied with the sanction from AG Chambers, otherwise it could not stand, she argued.

Counsel said the second application was that “all the charges before the court are bailable offences in the eyes of the law”, as they “are all a misdemeanour”.

She said the value of computers was not up to D1 million considering the amount, and the fact that items were recovered.

“My client has been in detention for two weeks without any court order, and he fully cooperated with the investigation,” defence counsel Farage told the court.

Prior to his arrest and detention, he was working with the Ministry of Petroleum and he had risen through the ranks up to the position of permanent secretary at a very tender age, and had never got any disciplinary query in the civil service, she added.

“My client is recently married with a 6-months-old baby, and he is from a family who are dedicated to service to the nation,” the counsel continued.

The counsel further told the court that the accused has a double Masters in Engineering, Oil and Gas; therefore, he was in a suitable position to serve the country.

His family and friends, especially the father, who had served 20 years in the civil service, wanted to deposit his property (title deed) as collateral security to the court.

In response, the prosecuting police officer, Inspector Manga, told the court that they just brought the case for mention to enable them call their witnesses.

However, they were opposing bail for the accused person on the grounds that the matter was still under investigation.

Regarding count three, he said, the defence counsel was late to mention that, because the charges had already been read to the accused person and his plea was already taken.

He said the counsel should have raised her objection before the charge was read to him, and was applying at a wrong time.

The case was adjourned for today, for ruling on the bail application. 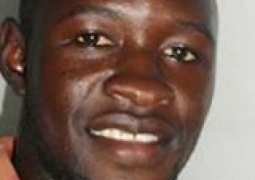 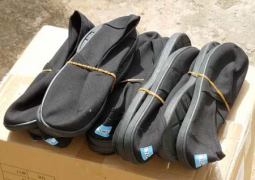