In his testimony, Mr. Bayo told the court that he was the minister of Local Government, recognised the accused person, who was the former alkalo of Sifoe village.

In March 2013, he went on, he received a letter from the Office of the President which stated a complaint from the village development committee (VDC) of Sifoe, that the VDC committee at the time was unable to receive equipment donated by BELAC, which was not handed over to the new VDC, thereby affecting the development work of the new VDC.

The letter was admitted and marked as an exhibit without any objection.

Designated as the fourth prosecution witness (PW4), Mr Bayo added that the said letter also gave directives for him and the seyfo (chief) of Kombo South district to solve the problem, failing which the security forces would intervene to make sure that the items were handed over to the new VDC.

He said they were instructed to tell the people of Sifoe that if they failed to do so, the security forces would be involved and the culprits would face the law.

They went to Sifoe and, during the meeting, the former alkalo, the past and current VDC members, women’s representatives, district seyfo, ward councillor, representative of the Inspector General of Police and the council of elders were present.

During the discussion, they told them that they would return to ensure that the handing over of items be done, adding that they went back three days later, but the situation remained the same.

Mr Bayo said the old VDC members said they handed over everything to the new VDC, but the new VDC denied this, claiming that the remaining items including money and some items were not handed over.

According to Mr. Bayo, during the meeting, someone said it was because of the statement made by the accused person, that was why they have all these problems.

Mr. Bayo said he then told Mr. Demba that his was “an unfortunate statement”.

After the meeting the situation remained the same, Mr. Bayo continued, and that he reported back to the authorities that the problem in Sifoe was part of a wider one.

He said he appealed to the Office of the President to extend the time given in order to find a solution to the problem.

Mr. Bayo said he subsequently visited the village with two or three cabinet ministers, but unfortunately nothing came out of it.

The said recommendation letter and the reply approving the contents from the Office of the President were admitted and marked in evidence as an exhibit.

Mr. Bayo later received a letter from the new VDC of Sifoe village that the alkalo was still adamant, and had reportedly said nothing would come out of it because the Minister of Justice was his long time friend.

The said letter from the VDC was also admitted, and marked in evidence as an exhibit.

He said he later asked his permanent secretary to write to the governor regarding the removal of the accused person, and the dissolution of the VDC, which he did.

The case was adjourned to 3 April 2014, for continuation. 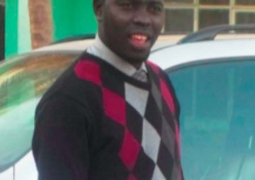 Message to the youth