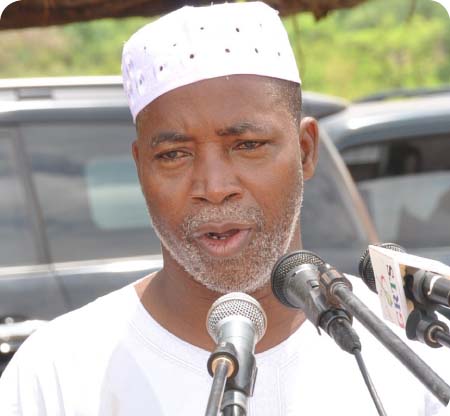 The three were arraigned and charged with conspiracy to commit a felony and obtaining credit by false pretence, which they denied.

The particulars of offence on count one state that Saja Manneh, Joseph Gomez and Hajie Hulay Camara, some time in 2010 in Banjul and diverse places in The Gambia, conspired to commit a felony, to wit obtained a credit of CFA 68 million, equivalent to D4, 582,200, by false pretence from one Amadou Djigu, and thereby committed an offence.

Count two stated that the three accused persons some time in 2010 in Banjul and diverse places in the Gambia, with intent to defraud, they obtained a credit of 140 heads of cattle from one Amadou Djigu, claiming that they were going to give him FCFA 44 million (equivalent to D2,965,600), which in fact was false, and thereby committed an offence.

Thirdly, there was a presumption that investigation should have been completed, assuming that there was substantive charge before the court, meaning the investigation was over.

He said the charge before the court was a misdemeanor not a felony, and that his application was based on section 99 of the Criminal Procedures Code, which empowered the accused persons to be granted bail.

He added that the accused persons were previously arrested by the National Intelligence Agency (NIA), which granted them bail after 16 days, and all of them complied with the conditions of bail without interfering with the investigation or the witnesses, while they were on bail.

He said the accused persons instructed him to say that if they are released on bail, they would not interfere with the witness, neither the pending investigation, if there was any.

He said they would not abscond from the jurisdiction if they are granted bail, as they are all family heads and that they intended to stay in The Gambia to clear their names, as they consistently denied the charges.

“My clients are prepared to obey or comply with any condition imposed to them by this court. I am humbly urging the court to grant them bail,” counsel submitted.

In response, the police prosecutor, sub-inspector Manga, told the court that the prosecution was objecting to bail for the accused persons, as the investigation into the matter was far from over.

He said in order for the investigation to reach a logically point, the accused persons needed to be kept in custody, adding that it was not in dispute that some of the accused persons are very influential and they were key figures in the society; so granting them bail might cause problems.

“So therefore, with this reasons, the prosecution is urging the court to deny bail for the accused persons.” said the prosecutor.

Delivered his ruling, the trial magistrate told the court that after he had listened to the submissions of both sides, the only issue that arose for determination was whether the accused persons would accept to come and face trial after the court granted them bail.

He added that another factor was the sum involved was too huge, and so there was a tendency that the accused persons might likely jump bail, or interfere with the witnesses through their influence in their various societies.

“I therefore, deny them bail,” he concluded.