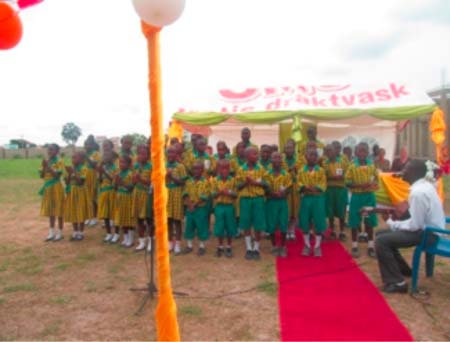 ABBA International School over the weekend was inaugurated in Sukuta with some senior government officials in attendance.

In his inauguration speech, the governor of West Coast Region, Lamin Sanneh, thanked the management of the school, particularly Francis Gomez, who he said is the brain behind the school.

He thanked Francis for bringing such a national development to his region and the country as a whole.

Governor Sanneh went on to say that such an important national development is in line with President Jammeh’s priorities.

“The inauguration of ABBA International School is a big achievement for my region,” he said.

He added that the Government of The Gambia needs stronger collaboration with development partners in areas such as education.

Philip Luttrodf, one of the guests from Ghana, said the poverty of Africa is mental and not material and Africa should change the way its people think.

For the school proprietor, Mr Gomez, the day was a dream come true and was full of praises to God and all those who encouraged him along the way.