The two are being tried on three count charges of conspiracy, making false documents and forgery contrary to the laws of the .

Count three stated that Bamba B. Sanneh in 2010 at the Immigration Department in the city of Banjul, with intent to defraud forged the signature of former Director General of Immigration (Sarko Drammeh) knowing same to be forged.

Testifying for the prosecution, Mr. Drammeh told the court that he resides in Brufut in the West Coast Region, noting that he was the former Director General of the Gambia Immigration Department.

He pointed out that he was appointed as Director General of Immigration Department on 22nd November 2006 and was sacked from active service in 2009.

“When I was in the office as Director General of Gambia Immigration Department and while on my annual holiday, I was called by the Serious Crime Unit at Police Headquarters in , regarding certain documents prepared by Mr. Bamba B. Sanneh on behalf of the Immigration Department bearing my signature,” he told the court.

“When I was shown the documents, I confirmed the said signature as not my signature”, he said.

He revealed that this alleged documents falsely prepared by the accused on behalf of the Gambia Immigration Department were for an official trip to .

He identified the said documents in court, which the prosecution applied to tender, but this was objected to by defense counsel O.D. Mbaye on the grounds that the documents could not be tendered through the witness by merely saying that is not my signature.

Defense counsel further argued that before tendering the documents in evidence, the court needs a hand writing experts to distinguish the two signatures.

He further said, “I therefore urge the court to reject the documents as they are not admissible in evidence”.

Prosecuting officer, Assistant Superintendent, Habibu Sanyang, in response told the court that the defence counsel’s objection was premature, adding that the objection was not based on any grounds.

He urged the court to disregard the objection, and to admit the documents in evidence.

In delivering his ruling, the trial magistrate said the court found it very premature to reject the documents as evidence, even though the prosecution did not lay a proper foundation to convince the court that the documents should be tendered.

He added that the only thing that the court can do was to order previous documents the witness signed to be compared to the one before the court.

He said the prosecution should at least convince the court as to why the documents should be admittedin evidence.

The prosecution also needed to provide a hand writing expert for the court, the magistrate added.

The case was subsequently adjourned till 30 March 2011 for hearing. 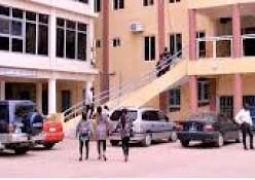 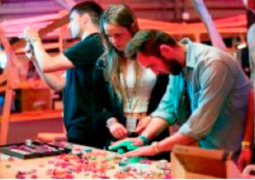