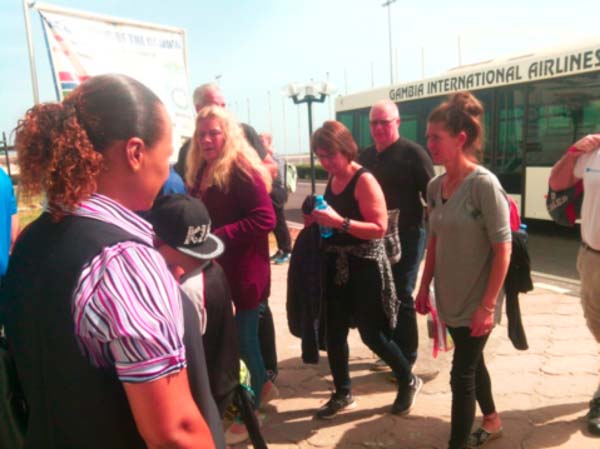 As the 2016/ 2017 winter season approaches, a Thomas Cook flight Tuesday landed at Banjul International Airport with 212 tourists onboard.

The airbus was received on arrival by officials of The Gambia Tourism Board and tour operators.

Speaking to journalists shortly after the landing of the aircraft, Adama Njie, director of marketing at GTboard, said they had the first flight from The Netherland and this was the second flight from Sweden, which brought 212 tourists.

“This is the beginning of the tourist season, and we are very happy. The third is coming in November from Helsinki,” he said, adding that they are expecting to have about eleven flights from Thomas Cook, and nine from the UK,” he added.

Mr Njie said this is a good start and they are very optimistic about it, adding that this year’s tourist season is very promising.

“I think it’s a good start, and this year we are looking towards a very good season. Everybody is preparing for this season and many hotels have opened and some are yet to open, and this is a big plus for everybody in the industry,” he added.

Kirsi Karjalainen, manager of Thomas Cook Gambia, also told journalists: “This is always exciting.” He added that this is his seventh winter in The Gambia.

It is always a special occasion when they get the first tourists, and this year they have the Swedish tourists coming, he said.