The plaintiffs are claiming D194,335 for unlawful termination and 20 per cent salary reduction.

In his evidence, Darboe revealed that his job as a Human Resource manager was to recruit staff of the hotel, noting that he worked for the defendant from 2006 to 2009.

Asked if he had accepted his employment contract as referred to the exhibit, the witness replied in the affirmative.

According to him, his first employment contract lasted for a year.

When it was put to him that exhibit P3b (second contract) was not an open contract, the witness responded: “I am not convinced.”

He further admitted that either party could be terminated with a notice.

When the defendant’s counsel put it to the plaintiff that her client was not under any obligation to retain his employment, the plaintiff denied the claim, saying: “If not, why they don’t give me the reason.”

Still under cross-examination, Darboe denied he was entitled to one month salary in lieu of notice.

However, the plaintiff accepted receiving six months in lieu of notice, including salaries, entitlements, and arrears of leave.

At that juncture, the defendant’s counsel tendered a payment of voucher, which was admitted in evidence as an exhibit.

Darboe also admitted that his remuneration in respect of the first contract was lower than the second contract.

He reminded the tribunal that his claim was for unfair dismissal and the 20 per cent reduction of his salary. 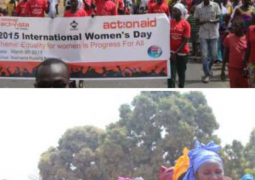