One Amin Bah was recently cross-examined in the trial involving one Demba Sowe, accused of deflowering an underage girl in Farefenni, at the Special Criminal Court in Banjul before Justice Emmanuel Nkea.

Mr Bah, under cross-examination, told the court that he gave a statement to the police in connection with the case, and if that statement was shown to him, he would be able to recognise it.

He identified the statement by his signature when it was shown to him by the defence counsel.

The witness further told the court that the statement he gave to the police was the same as his evidence-in-chief, adding that he had indicated in his statement that the accused was holding an iron bar in his hand, and used it to threaten them.

Still under cross-examination, Mr Bah said: “I cannot read and write English. I was never arrested in connection with the case. I was invited to the station because when the accused assaulted me by giving me a head knock, and as a result, the accused sustained injuries on his forehead.”

He added that the place where the accused took the victim was a lonely area with many incomplete buildings, while some buildings were under construction.

There was no major road, but only footpath, he said, adding that when he beat the victim and asked her about her source of income, the victim told him that she used to get money from the accused person.

He added that the victim also told him that she was forced by the accused person to have affairs.

Mr Bah told the court that the victim was his student, and that he had no cause to lie against the accused.

“I saw the accused with my eye pulling the wrapper of the victim in an attempt to remove it from the victim,” he stated, adding that he had never seen the accused performing sex with the victim, but affirmed that the accused had committed the offence.

He further explained that it was not him only who was present at the scene, but people like one Muhammed Jallow was also present, adding that he would never lie while on oath.

Everything he said in his evidence was all true, he added. 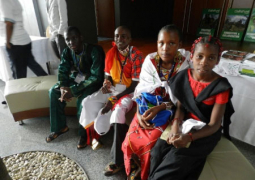