Baba Darboe, former Human Resources Manager, together with two former employees of the Jerma Beach Hotel, has sued the hotel at the Kanifing Industrial Tribunal.

The plaintiffs are claiming D194,335 for unlawful termination and 20 per cent salary reduction.

Lawyer Mendy, who made a preliminary objection that the plaintiffs’ suit was out of time, had urged the tribunal to dismiss the case.

The plaintiffs’ particulars of claim stated that in December 2007, when the management reduced the plaintiffs’ salaries by 20 percent and decided to give them another contract of employment, the plaintiffs refused to sign, and wrote a complaint to the Labour Commissioner seeking redress.

They claimed that on 30 April 2009, the plaintiffs were declared redundant and paid a six months’ notice.

They stated in their claim that the matter was reported to the Labour Department, who convened a tripartite meeting comprising the Solicitor General, the General Manager of the hotel, the GTA and the union, of which the Solicitor General was assigned to make a recommendation.

The particulars of claim indicated that the Solicitor General recommended in writing to the Labour Department that the plaintiffs should be paid six months’ redundancy allowance according to Section 93 (8) (C).

The plaintiffs stated that the recommendation was communicated to the defendant with a covering letter by the Labour Commissioner but the defendant refused to comply.

They further claimed that the Labour Commissioner sent the defendant a reminder that proved unsuccessful.

The plaintiffs claimed further that the matter was then reported to the National Assembly Trade and Tourism Committee that convened an investigation and concluded that the matter be referred to the Industrial Tribunal.

The plaintiffs had claimed that no reason was advanced for their dismissal. 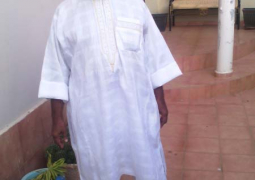