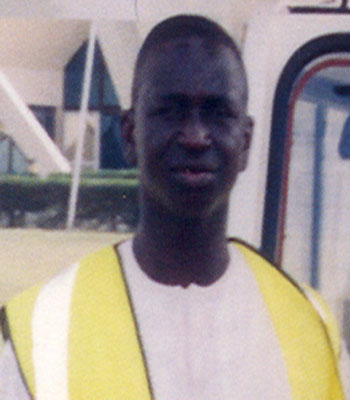 Information reaching this paper has it that Mr. Lamin Sanyang, the former Managing Director of Gambia International Airlines, who was sacked on the 7th August 2008 from his post and subsequently arrested has since been released on bail without charge.

Sources revealed that following thorough investigations he was given police bail, but all his travelling documents were taken from him.

Other sources have it that Mr. Zghinou has communicated to certain authorities, although this cannot be official, that he's given Mr. Sanyang some money during his naming ceremony of Mr. Sanyang's child and has also bought a new car for him.

But many are of the opinion that Mr. Sanyang's removal and subsequent arrest was connected to the reported loss of D84m incurred by the company.

Latest reports on GIA, a company that was sometime in 2007 placed under a five-year management contract to one Jacques Zghinou, speak of a staggering pre-tax loss of over D84M.

Mr. Zghinou was said to have left the country and never returned.